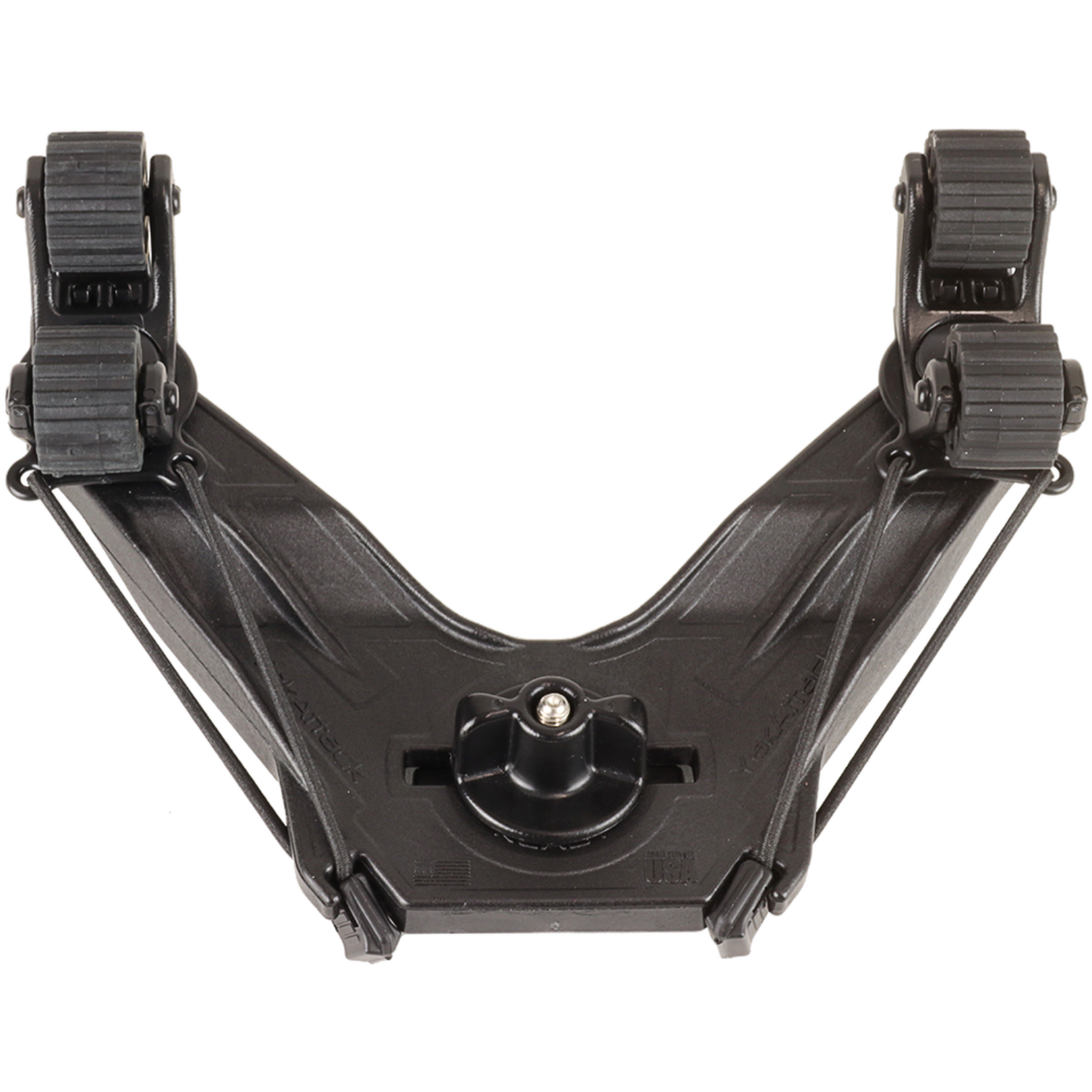 In typical YakAttack fashion, what started as an idea for a single offset RotoGrip Paddle Holder resulted in a product with a bit more versatility. The DoubleHeader track mount can serve several different purposes, but in this case, it is the foundation for the perfect offset paddle holder solution that our customers have been dreaming of ever since the launch of the RotoGrip several years back. Compatible with standard diameter kayak paddles the RotoGrip Paddle Holder has become the most widely used paddle holder in the industry. The RotoGrip is a simple yet highly effective paddle holder solution, but many paddlers wanted to use one or two RotoGrips on a single side of the kayak. When using two RotoGrips on a single piece of track, you get a nice tight hold, but you also cover up the entire length of the track with your paddle, rendering open track space useless. The DoubleHeader in this configuration eliminates that problem entirely and offsets the paddle holders off the kayak allowing for the full functionality of the remaining track space for other accessories. If you are tight on track space, the DoubleHeader includes an additional feature to add LockNLoad accessories like YakAttack rod holders, camera mounts, and more. Simply replace the stock knob from the DoubleHeader with the LockNLoad base of a rod holder or other accessories, and you are able to have multiple attachments on a short section of track or a single point of attachment like a MightyMount II. The DoubleHeader track mount is compatible with YakAttack GearTrac, MightMount XL, MightyMount Switch, MightyMount II, and most other factory installed kayak track.

Included with the DoubleHeader are two different Track Disk. These two Track Disks are designed to provide a snug fit in either the standard YakAttack GearTrac (GT90, GTSL90, GT175, MightyMount XL) or the wider opening of the YakAttack Top Loading family of GearTrac (GTTL90 and GTTL175). If a track system came included with your kayak, try both of them and determine which one will provide the best fit.

For added paddle security, included with the DoubleHeader and RotoGrip’s are two SnapNStrap Security Tethers. To secure your paddle unhook the bungee tab from the stored position on the base of the DoubleHeader, wrap it around the shaft of your paddle, and loop it over the tab on the outward side of the RotoGrip. This feature will come in handy for kayakers using pedal drive kayaks like a Hobie or motors like a Torqeedo or MotorGuide. In those situations, a paddle might not be needed all the time, so the security tethers provide extra peace of mind knowing your paddle is safe and sound. If you need quick access to your paddle at a moment's notice, the tethers have a stored position, so they do not get in the way when inserting or removing your paddle from the dual RotoGrips.

The DoubleHeader with Dual RotoGrip Paddle Holders is made in the USA from marine grade polymers and is backed by our Built for Life Guarantee.